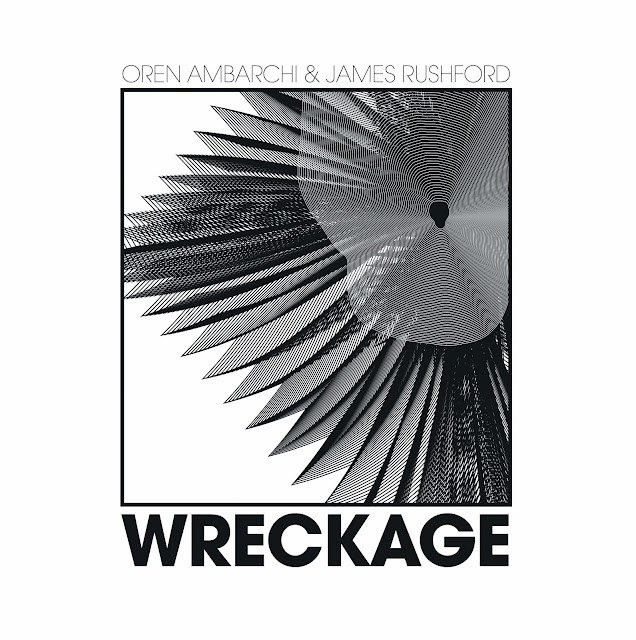 Wreckage presents a collaborative work jointly composed by Oren Ambarchi and James Rushford (originally commissioned for the Ultima Contemporary Music Festival at Henie Onstad Kunstsenter and premiered by Ensemble Neon) for their own instruments (piano and electric guitar) and a small chamber ensemble, performed here by an ensemble of leading lights in Melbourne’s experimental and new music communities. Rushford’s piano gently ushers the listener though a series of tonally ambiguous environments, building up unified textures through irregular iterations of small melodic and harmonic units. While the integration of Ambarchi’s spectral processed guitar (which gradually climbs to the foreground as the piece progresses) with the acoustic instrumentation recalls the late works of Luigi Nono, and the way the timbral lushness of the chamber group is tempered by never resolved harmonic tension seems to draw on Feldman’s work of the early 1970s, Wreckage also gestures towards the melancholic, intuitive minimalism of Luciano Cilio and Giusto Pio and the wandering melodicism of Aldo Clementi. The lushness of the instrumental textures employed and hints of almost-direct melodicism ensure the piece is approachable and immersive; but the ever-shifting harmonic foundations and complex interplay between voices ensures that it remains somewhere beyond the listener’s grasp, in a paradoxical state of simultaneous movement and stasis.